If you are comparing MLA and APA citation styles, it’ll come to your attention that they are formatted a little differently. The differences aren’t going to jump out at you and say, “Hey look at me.” While they are subtle, the differences between them come down to what they were created for.

APA (American Psychological Association) is designed for technical works found in social sciences. This format makes citing journals and technical reports a breeze. MLA (Modern Language Association) is for arts and humanities. It helps you to break down citing paintings, books, and other literature.

While you can write a paper in either format, using the right style can make your life a whole lot easier. Therefore, it is important to break down the differences of each.

What’s in a Title?

The most obvious difference that you’ll see in an MLA paper and an APA paper is the title of the citation page. Papers written in MLA format will have a Works Cited page. The APA citation page, on the other hand, will be labeled References. Both titles will be centered at the top of the page and the list of references will be double spaced. The title is an easy way to know which one you are looking at.

It’s All About the Author 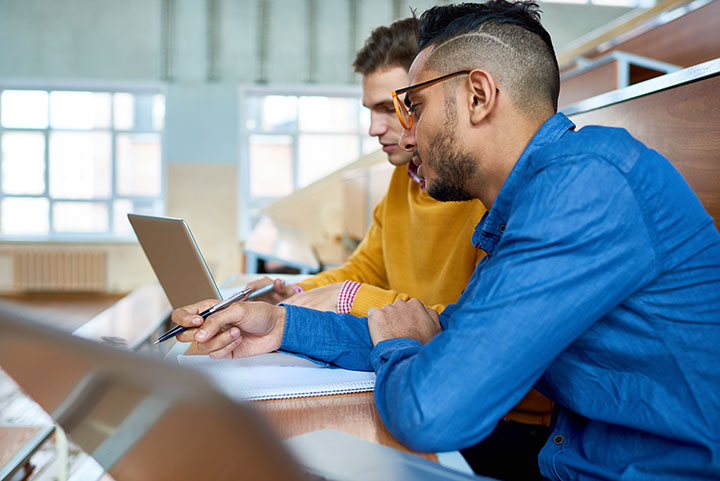 Each different style formats how they attribute the author a little differently, as well. And, if you get into multiple authors, this is unique too. Check out each in turn to examine the difference in making a citation.

The formatting of the author will vary based on how many there are. Two authors will be written out with an “and” separating them. With three or more authors, you’ll include the first author and then et al., which is Latin for “and others.”

In APA, you only write out the last name followed by the first and middle initial.

Title capitalization is important to style. MLA goes for header capitalization where every major word in the title is capitalized. Also called title case, this looks like:

APA takes its own road. In APA, book titles and such will only capitalize the first word. This is sometimes called sentence case:

Look at That Period

The final difference that you’ll notice in the basic format for each style is the period. MLA puts a period at the end of all works cited entries. In APA style, a period is not added if the entry ends in a URL or DOI.

MLA and APA are very similar, but they have their own unique styles. They both use a reference page at the end of the work, align entries to the left and have the title centered. But, how they format their entries is distinctly their own. Follow your teacher’s instructions on which style to use when writing your school paper.