When writing a school paper in MLA 8 style, you will need to know how to format your works cited page. Hopefully, you’ve created a working or preliminary bibliography as you did your research. Now, you simply take your preliminary works cited page and start arranging it as required. One common question is whether numbers come before letters. The quick answer is “no.”

Instead, follow these guidelines for placing numbers within your works cited page.

Normally, it is easy to alphabetize entries in your MLA format works cited list. However, on occasion, you may find a source that starts with a number. If the source has an author, cite it by the last name of the author first.

Orwell, George. The Road to Wigan Pier. (Ignore The, start with Road)

The Climate Realty Project. (ignore The) 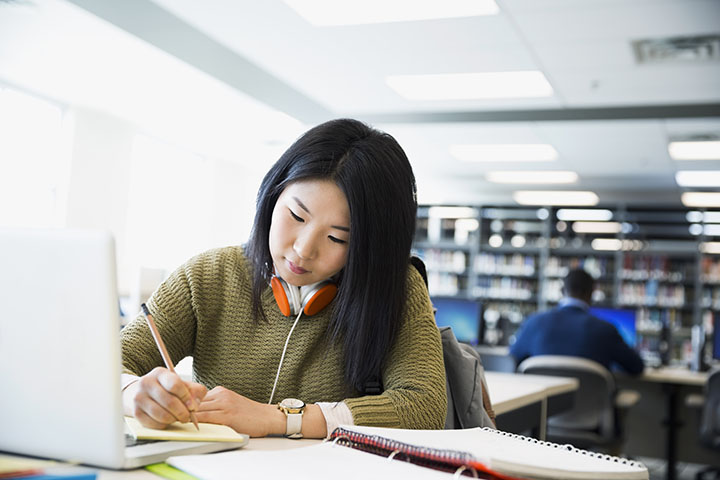 MLA citation follows the letter by letter style using the first data element. This may be the author, name of the organization or, in some cases, the name of the work. Do not place the entries in a numbered list. Here are some other basic rules for alphabetizing your works cited sources.

List the author or creator of the work, such as the editor, as last name, first name. If the source is from an organization, use the name of that organization. Ignore articles such as a, an, and the, even in another language, like le or la.

Again, if the title or organization name begins with a numeral, alphabetize the list as if the number were spelled out as a word.

By following the basic rules of letter by letter alphabetizing, organizing your MLA works cited page is easier to do. Once you understand that numbers are spelled out for alphabetizing your sources, it is no longer a point of confusion.

Where do numbers go in MLA works cited?

Knowing how to alphabetize numbers in an MLA works cited can be a little tricky because you alphabetized numbers as if they were spelled out. Therefore, 360.org would be three-sixty dot org. To alphabetized 360.org, it is placed in the Ts.

Do numbers go before letters in works cited MLA?

Numbers do not go before letters in an MLA works cited. Numbers are listed in alphabetical order as if they were spelled out. So, an organization with a number like ‘24/7Service’, would be alphabetized as if it said, ‘twenty-four-seven service’.

Do citations with numbers go first?

Is a works cited ever numbered?

Yes, a works cited is numbered. The works cited includes the page number at the top since it is a continuation of the paper itself. However, citations with numbers are listed in alphabetical order by the first letter they would have if they were written out.

What does MLA mean?