When you write an APA 6 research paper, you will follow the introduction with a brief recap of the previous literature on your topic. This literature review helps guide your reader through your research process and backs up your research strategy and thesis.

A literature review can be a research paper on its own. The author will critically evaluate published material on a particular topic. If an author is preparing a meta-analysis of a topic, they may combine statistics from different papers to show results. They may also point researchers to gaps in existing literature.

In this article, we will talk about a literature review of the sources you’ve used to present your thesis argument. Similar to an abstract or annotated bibliography entry, you will critically evaluate each source you choose to include. This process helps:

If you chose to incorporate a literature review in your research paper, place that section after your introduction. Title the section as “Literature Review.” Follow your teacher’s instructions. 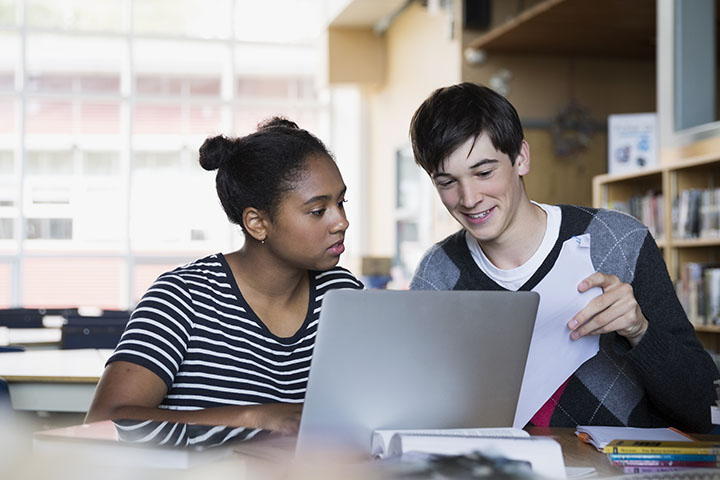 There are different ways you can organize your sources in the literature review. These include:

Here is a portion of a literature review for a paper written about the digital divide. It starts with the core source, the original research from which others have based their research.

Pippia Norris’s book, Digital Divide Civic Engagement, Information Poverty, and the Internet Worldwide, is cited frequently in research on the digital divide. Published in 2001, just six years after the Internet became commercialized, Norris frames her book within the context of social, global and democratic divides and looks at the digital divide within the broader issues of inequalities across a multitude of economic and political components. She compares 179 countries in terms of Internet access and discusses how it affects the democratic process (2001). An extensive cross section of population was studied in order to obtain information within three levels of analysis: macro, meso, and micro using both institutional and individual data (Norris, 2001). Norris contends that analysis needs to be performed between countries, not just the United States as democracies vary between countries and what may work in the United States does not necessarily hold true for other democracies (2001). Norris’ research was one of the first attempts to pinpoint the impact the newly developed Internet would have on the global population. Economists, such as Jeffrey James, from the Department of Economics, Tilburg University in the Netherlands, attempt to quantify the digital divide by developing formulas to determine the relative and the absolute digital ratio, hypothesizing that “innovations are more likely to be adopted when per capita income in a developing country is closer to the income of the originating developed country” (James, 2010, p. 123). James contends that from an economic standpoint, the most important issue is whether closing the digital gap will result in an increased rate of growth (2007, p. 288) and concludes that when “governments act to develop appropriate education, infrastructure and access…the market…do engender a flow of wealth and knowledge from the developed world” (2007, p. 294). Guillien & Suarez (2005) combine economics and social issues with their argument that “democratic political regimes enable a faster growth of the Internet than authoritarian or totalitarian regime” (p. 687) tying into Norris’ earlier research on the Internet usage’s impact on democracy. Three variables – socioeconomic status, cost and an existing infrastructure are controlled in this study. The dependency theory, which states that developing countries are dependent on more advanced countries which leads to even more dependence, is discussed and Guillien & Suarez state that “differences in Internet use are the result of an array of forces over which governments…have varying degrees of influence (2005, p. 697).

Mathewson, A. (2013). Librarians’ role in bridging the digital divide. Retrieved from https://sjsu.instructure.com/eportfolios/30676/Competencies

An APA format literature review is an important part of a research paper as it guides the reader through your research process. It also helps you, as a writer, to develop critical reading and writing skills as you evaluate and present your sources.