Adding quotations from books and plays can be an important part of your paper. Quotations strengthen your argument or add emphasis to a discussion about an author’s writing style or genre. The Chicago style block quote format is the same for both author-date and notes style. You can even incorporate quotations within a note, if needed. However, most school and college essays do not require that level of complexity.

To determine when a quotation should be incorporated in the text of your essay or set off by a block quote in a Chicago paper, look at its length and type. Prose is text such as words in a report or book. By contrast, verse is poetry or drama.

The length of the prose passage determines how you should format the quotation:

You may use a block quote for a quotation shorter than five lines if you want to emphasize it or compare it to a shorter quotation.

Note: Follow the same instructions for quotations within notes.

Some other formatting rules you should keep in mind include:

In this interview with Luis Valdez, Orono-Cordova notes his success:

In January of 1978, Valdez was named a recipient of the prestigious Rockefeller Foundation Playwright-in-Residence Award in connection with the production of his original play, Zoot Suit. He was commissioned to write and direct Zoot Suit for production by the Mark Taper Forum of the Center Theatre Croup in Los Angeles. After a successful run at the Taper, in August of 1978 the play moved to a nine-month extension of sold-out performances and hit reviews at the Aquarius Theatre in Hollywood, where the movie version of Zoot Suit was filmed in 1981. (Orono-Cordova, 96)

If you cite your source in a footnote or endnote, place the superscript note number at the end of the block quotation.

For author-date style, place the in-text citation after the last period in the block quotation in parentheses. 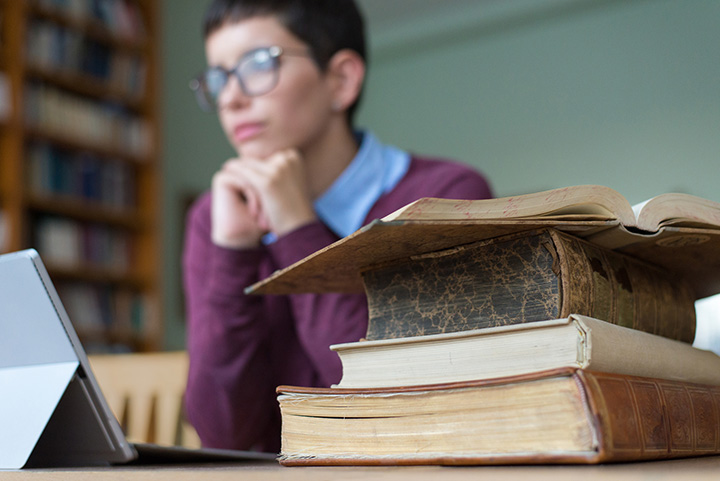 If you are including a quotation from poetry or a drama, you follow different rules.

Chicana poet and feminist Gloria Anzaldúa describes the pain of straddling two cultures in her poem, “To Live in the Borderlands”:

To live in the Borderlands means knowing that the india in you, betrayed for 500 years,
is no longer speaking to you,
the mexicanas call you rajetas, that denying the Anglo inside you
is as bad as having denied the Indian or Black. (1987)

If you’re including two or more lines of dialogue from a play, format it the same. Use all caps for the speakers’ names or use a different font.

Zoot Suit, a Chicano play, strikes a hard note about prejudice in this exchange:

EL PACHUCO: The idea of the original chuco is to look like a diamond, to look sharp, hip, bonaroo,      finding a style of urban survival in the rural skirts and outskirts of the brown metropolis ….
PRESS: It’s an afront to good taste!
EL PACHUCO: Like the Mexicans, Filipinos and blacks who wear them?
PRESS: Yes!

Note: If a line runs over to the next lines, indent them.

Although you should copy the quotation exactly as it is, there is room for some modification. For example, in Chicago style you are allowed to change small errors such as obvious spelling errors without noting the change.

If you want to emphasize a part of a quotation by using italics, add a note within brackets, such as [emphasis added].

If you insert an explanation or your own words into a quotation, set it off by square brackets, like [museums, libraries].

If you have a long quotation that can be shortened by omitting unneeded words or phrases, you can insert ellipses in place of the words. However, make sure you’re not removing words that change the meaning of the quotation.

After a successful run at the Taper, in August of 1978 the play moved to … the Aquarius Theatre in Hollywood, where the movie version of Zoot Suit was filmed in 1981.

It’s always a good idea to incorporate quotations, particularly when discussing a writer’s unique style. Long quotations are acceptable and can add depth to your paper.