If your play has line numbers, you should use them in your in-text citation. Regarding how to cite lines from a play, you will need to include the author’s last name, as well as the scene, act and line numbers. You would use this format when citing one of Shakespeare’s plays, for example.

How to Cite a Play Without Line Numbers

Many modern plays don’t have line numbers. That means that when you cite one of these plays, you’re going to use the page number rather than the lines.

Death of a Salesman Example:

How to Cite Dialogue in Your Essay

In terms of how to quote a play in your MLA format essay, use block quotes. When using block quotes for text, indent ½ inch and capitalize the speaker’s name. If the dialogue of one speaker runs over onto the second line, you’ll give that line a ½ inch indent as well.

Take a look at this example for how to cite a quote from a play.

EUNICE. I’m all right. Tell Steve to get him a poor boy’s sandwich ‘cause nothing’s left here.

COLORED WOMAN: What was that package he th’ew at ‘er. (Williams 5)

Many times, when you’re writing an MLA essay, you might use a play by the same author. To make sure that your reader knows which play you are referencing, MLA style has you covered. You will italicize the name of the work with the page number or scene, act and lines.

You will only include the whole title in the first citation. You can shorten it for subsequent citations.

Example of a Shortened Second Citation:

Use the nine core elements as your guide when citing a play in your MLA works cited list. Since examples can say more than words, find out how to set up several MLA play citations including live performances. 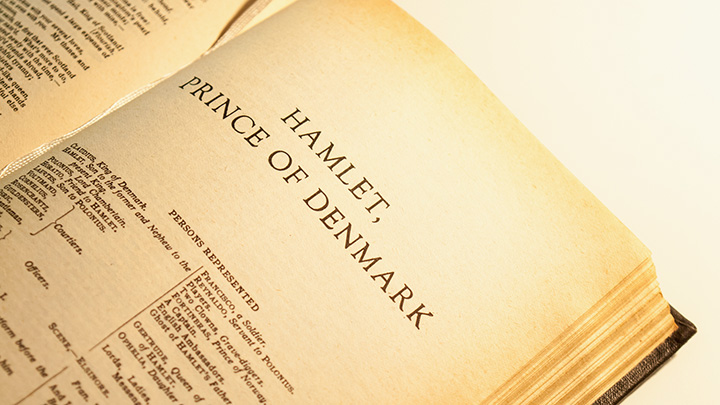 Published Play in a Book in MLA Style

In your works cited, a play from a published book will include the playwright, book title, publisher and year.

An unpublished and published play are going to look pretty similar. However, there are a few differences. You won’t have a publisher, for example, and the title will have quotations rather than italics. This is how to cite a play script, even if it hasn’t been officially published anywhere.

How to Cite a Play in an Anthology

When you have several plays all published together, this is called an anthology. This will be cited a bit differently. You’ll include the playwright, play title, book title, editor, publisher, publication and page numbers.

Example With No Editor:

To cite a live performance of a play, you’ll include the day that you saw the play and where you saw it. And don’t forget to include the theater company too!

MLA citations aren’t tough. The simplicity of the core elements makes it pretty easy. Plays can come in all kinds of varieties, but now you have the know-how for MLA play citation perfection. Can you taste that “A”?