Although we see abbreviated Latin words in articles, they can still be confusing. Sometimes, the way people use them is incorrect. Many Latin abbreviations have fallen out of common use, but are still used in scholarly writing – ibid., et al., and i.e. are frequently used in text and reference citations.

You’ll see this abbreviation a lot in scholarly writing as it’s an easier way to refer to multiple authors. Many times, researchers in a certain field will collaborate on papers, which results in two or more, sometimes even seven or eight authors listed in one reference. It would be awkward to have to write out all names in your in-text citation, so et al. is used after listing the first author’s last name.

How to Use et al. Correctly

MLA, APA and Chicago styles all accept et al. in their rules.

Brown et al. states that students do not like cafeteria food unless they’re very hungry, in their research conducted in 2015.

However, if you have several sources with the same authors listed in various combinations, you will need to list more than the first author.

Note: Use a comma if you would normally place a comma, as it is spelled out as “and others.”
Note: Use et al. in reference to people, not things. 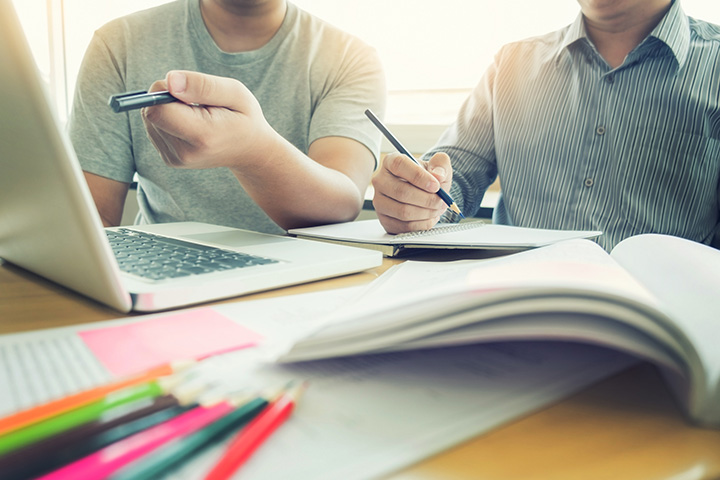 Three other Latin abbreviations you’ll see in academic papers include:

Use these abbreviations in your parenthetical or in-text citations only. Do not use Latin abbreviations while writing your report. Instead, use their full English translations.

Often writers confuse i.e. and e.g.; however, learning the difference will make your writing clearer.

When writing an article, use “and so forth”or “for example” rather than the corresponding Latin abbreviations. It’s always better to use clear, concise language in your writing. Words that are abbreviated or otherwise broken up can distract the reader. You may find et al. very useful when forming an APA citation for a journal article with multiple authors, though. So, it’s just about knowing when and where to use abbreviations effectively.

Using Ibid in a Bibliography