Hath thou ever cited a poem before? Citing a poem in MLA format isn’t life or death; it’s simply a matter of knowing the format. Not only will your writing be flawless, but your poem quotations will be impeccable too.

Poems come in all shapes and sizes. They can be the size of a novel or as few as two lines. Therefore, it makes sense that citing a poem in the text of an MLA essay takes on a few different variations.

When quoting poetry, you can quote just a few lines or several depending on the point you are trying to illustrate. In MLA style, your formatting will be different depending on how many lines you are quoting.

If you are only using two or three, follow these quick tips.

When you are using a whole stanza or even a block of poetry in your MLA paper, different rules apply for citing a poem. Examine these tips for quoting four or more lines of poetry. This is called a block quotation.

Look at this example from Robert Frost’s “The Road Not Taken” here:

And sorry I could not travel both

And be one traveler, long I stood

And looked down one as far as I could

To where it bent in the undergrowth;

Finish Off With a Bang

Now that you’ve got poem quoting down to a science, it is time to end it perfectly. To end a poem quote, you’ll include the author’s last name and the lines you used in parentheses (e.g., Frost line 1-5). This goes after the period. For example:

I shall be telling this with a sigh

Two roads diverged in a wood, and I—

I took the one less traveled by,

And that has made all the difference. (Frost lines 16-20)

If the name of the author was included in your introduction, then you would include only the lines quoted, just like in this example:

Know the Kind of Poem

When you are including the title of the poem in text, there are a couple of ways this could go down depending on what type of poem it is. 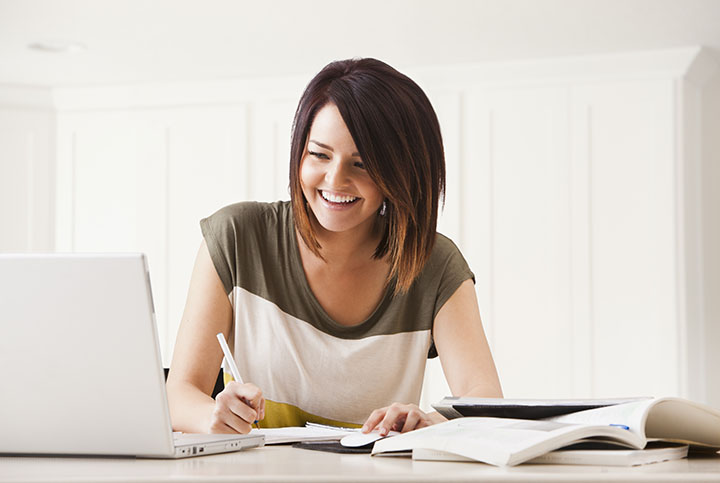 It is all about the style. Your reference for your works cited is going to take a different format if you found the poem online, in a book or if it’s an epic poem. Look at an example of each.

Poem in a Book

This is for all published standard format poems.

Poems that you find on the web that might not have a printed version.

Poems that are a novel in length are treated like a book.

How is MLA Different From APA?

APA and MLA formats are different because they are designed for different writing styles. MLA is mostly for humanities subjects, while APA is for social science. Therefore, the way that the citations for the works cited are composed is quite different. However, in-text citation isn’t that much different. There are still quotes around the poem and an introductory sentence.

How to Cite a Poem: What a Question

Citing poems in MLA format has a few rules to follow, but once you get the knack for them, it is a piece of cake. Go out and give these tips a try in your work.